Spine surgery performed while people are ‘wide awake’ – rather than under general anaesthetic – could mean patients are back on their feet and out of hospital within hours rather than days.

A pioneering procedure being offered on the NHS uses a combination of painkillers and local anaesthetic injected into the back.

It means patients are conscious during the operation and can usually go home shortly afterwards.

Currently, most spend several days in hospital recuperating from a full anaesthetic, as it can have short-term effects on memory, concentration and reflexes, as well as increase the risks of delirium, nausea and vomiting. 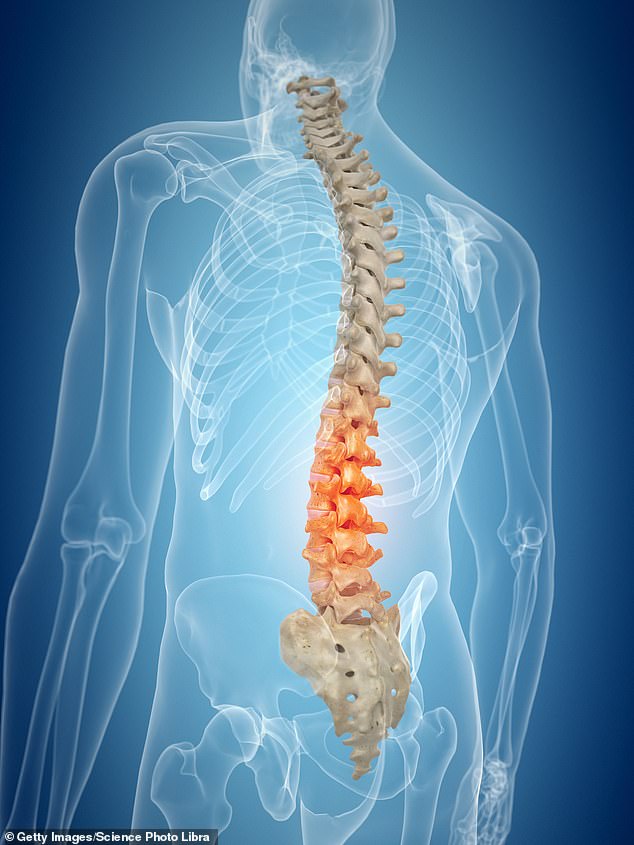 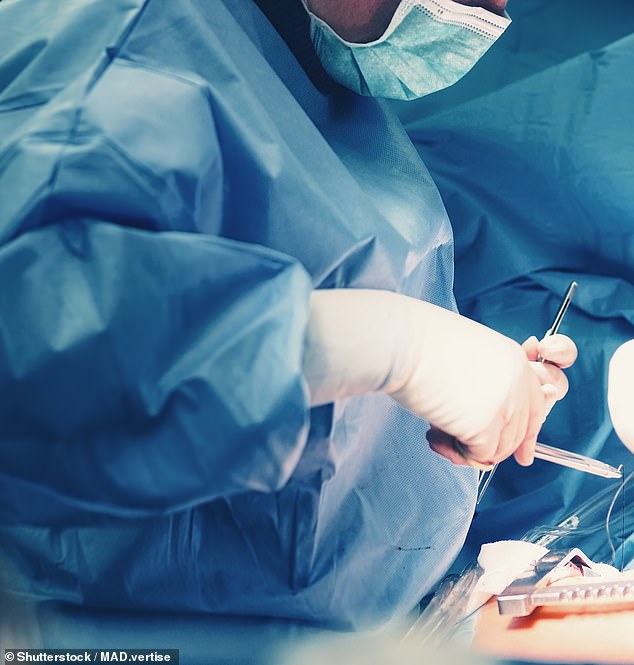 The new method, similar to an epidural given to some women during childbirth, means a faster operation, as there is less need for monitoring a patient’s vital signs while fully sedated (file photo)

The new method, similar to an epidural given to some women during childbirth, means a faster operation, as there is less need for monitoring a patient’s vital signs while fully sedated. It also frees up hospital beds, which experts hope will help tackle the NHS backlog caused by Covid.

The technique has so far only been used for lower back operations by doctors pioneering its use at the Oxford University Hospitals NHS Foundation Trust.

But the hope is it will eventually be used for almost all types of spinal surgery.

Mr Murtuza Sikander, back surgeon at the John Radcliffe Hospital, Oxford, and one of the team deploying the new method, said: ‘As the technique grows, we will be able to perform more and more complex surgeries.’

Lower back pain is the most common cause of disability in the UK and affects eight out of ten people in their lifetime.

While surgery is only usually offered as a last resort, around 52,000 patients undergo such an operation on the NHS every year.

But one recent report found that, post-pandemic, patients in England were having to wait up to 14 months for lower back surgery.

Mr Sikander said: ‘Usually, we have to book patients in to stay overnight, which can lead to cancellations if there is a full ward. But with this technique, they can go home instead.’

Two types of procedure are being carried out ‘wide awake’ for the first time. The first, a laminectomy, involves removing a section of bone from a patient’s spine to relieve pressure on the spinal cord – this is usually offered to patients with osteoarthritis in the spine.

The condition leads to cartilage which usually cushions the bones wearing away – resulting in vertebrae pushing and rubbing together, causing pain. The operation removes the areas that are under strain and reduce discomfort.

The second procedure is a discectomy, used to treat slipped discs – when a soft cushion of tissue between the bones in a patient’s spine pushes out, putting pressure on the spinal cord. This involves cutting part of the disc away, to alleviate the problem. Experts soon hope to also use it for spinal fusion surgery, a more complex procedure where two small bones in the spine are fused together – to correct spinal deformities, severe arthritis or ease slipped disc pain.

Spinal anaesthetic has long been used in the UK for caesarean births, as well as knee and hip replacements. Doctors involved in the Oxford trial hope this, along with evidence from abroad showing that it is effective for spine surgery, will provide a precedent for awake spinal surgery to be used more widely on the NHS.

Waste industry manager James Frayne, 51, from Banbury, Oxfordshire, had the procedure for a slipped disk in 2021 after living with back pain for seven years before the procedure.

He, along with 1.5 million adults in the UK, suffers from sleep apnoea – a condition which causes his breathing to stop while sleeping. This can make general anaesthetic more dangerous because it slows down breathing and can lead to difficulties regaining consciousness. Staying awake during the operation was therefore a safer option.

He underwent surgery in October and was no longer needing painkillers within a couple of weeks.

James says: ‘After the operation, I was taking my first steps within an hour and was able to go home that evening to see my kids – it was a massive relief.

‘I would always choose to remain awake during the procedure and know what’s going on rather than not being present.’