People over the age of 60 could soon get a vaccine to protect against urinary tract infections, drastically reducing the number of people who suffer with the painful condition every year.

In the coming months, the jab will be offered in a number of NHS hospitals as part of a landmark trial that will assess whether a single injection can stop cases caused by the common bacteria E. Coli.

According to Nicki Lakeman, lead research nurse at University Hospitals Dorset, one of the hospitals involved in the trial, the first jabs could take place this week: ‘We have already recruited six participants and, as long as we get the final sign off, they could get the vaccine on Wednesday.’ 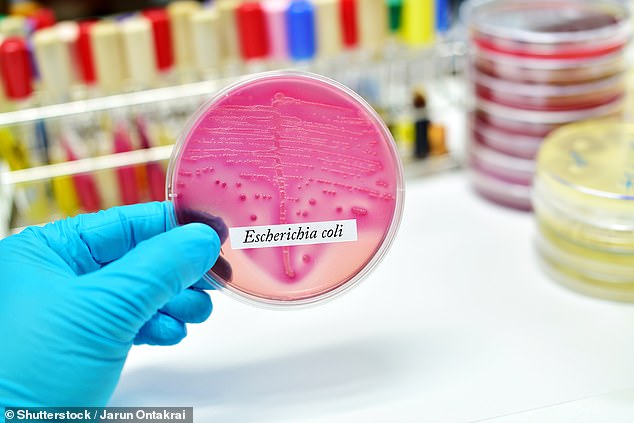 People over the age of 60 could soon get a vaccine to protect against urinary tract infections, drastically reducing the number of people who suffer with the painful condition every year 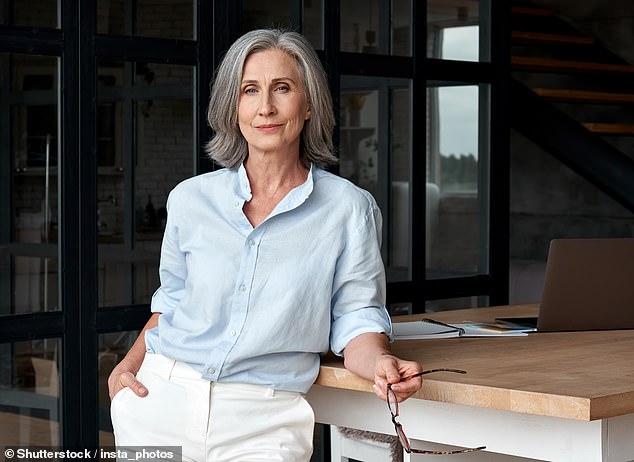 E. Coli bugs live in the intestines of people and animals and are usually harmless. However, if certain strains get into vulnerable parts of the body, such as the urinary tract – a catch-all term for the bladder, kidneys and tubes connected to them – it can lead to debilitating, and often dangerous, infections (picture posed by model)

E. Coli bugs live in the intestines of people and animals and are usually harmless. However, if certain strains get into vulnerable parts of the body, such as the urinary tract – a catch-all term for the bladder, kidneys and tubes connected to them – it can lead to debilitating, and often dangerous, infections.

‘Urinary tract infections can be caused by a number of bacteria but E. Coli is the cause of about 90 per cent of them,’ says Dr Cat Anderson, a specialist in women’s health and microbial infections.

Now researchers at pharmaceutical firm Johnson & Johnson hope their E. Coli vaccine could relieve the suffering of thousands. The trial will offer Britons over 60 who suffer at least one urinary tract infection (UTIs) a year the chance to get the jab.

Every year, more than a million Britons – 80 per cent of them women – develop a UTI and suffer an extreme burning sensation when passing urine. Older people are more at risk, as the bladder works less well with age, and may not empty fully so bacteria remains in the urinary tract.

Post-menopausal women are also more prone infections, as the female sex hormone oestrogen helps maintain the tissues of the lower urinary tract and vulva. As levels fall, the tissues can become more vulnerable.

Studies show that one in ten women older than 65 will have experienced a UTI in the past year. This rises to nearly three in ten for women over 85. In older patients, the infections can trigger delirium. They can also lead to sepsis, which leads to about 10,000 deaths a year.

Currently, antibiotics are one of the only treatments against UTIs, but these drugs are increasingly ineffective due to the problem of bacteria growing resistant to them.

Sadaf Hussan, of charity Antibiotic Research UK, says: ‘We’re seeing a worrying increase in people suffering from hard-to-treat urinary tract infections. These patients, who are predominantly women, are desperate to find a treatment that works.’ A jab called Uromune, which targets four of the most common bacteria behind the infections, was recently tested. ‘We’ve seen very mixed results with Uromune,’ says Dr Anderson.

Another option is a breed of drugs known as antiseptics, which inhibit bacteria growth.

Scientists do not believe bacteria are capable of becoming resistant to antiseptic drugs, and a study carried out at The Newcastle upon Tyne Hospitals NHS Foundation Trust found that one antiseptic drug, methenamine hippurate, was just as effective as antibiotics at reducing the number of infections chronic sufferers experience.

However, the long-term safety of antiseptic drugs is still unclear.

‘We know antiseptics work well in preventing problems in people with chronic infections, but we don’t have any evidence yet that they can clear an infection once it starts,’ says Dr Anderson.

The Johnson & Johnson vaccine is designed to stop infections before they have a chance to take hold. It trains the immune system to recognise nine different strains of E. Coli, sending out defensive cells called antibodies which attack and destroy the bacteria.

The trial, which is recruiting several thousand patients at 25 NHS hospitals, hopes to provide results by 2025. Experts believe that, if effective, the jab, which may be offered annually, could drastically reduce the number of Britons suffering from the infections.

‘If we can identify which patients are most at risk of infection, and as such, who could benefit the most from the vaccine, then this could be a fantastic option,’ says Dr Anderson.

ONE patient who could benefit from the vaccine is Alison Daunt, 61, from Midlothian, who has suffered frequent UTIs for more than 30 years.

The married mother-of-two first suffered an E. Coli infection after the birth of her second son.

‘It usually starts with lower abdominal pain, which gives way to an extreme burning sensation,’ she says. ‘At its worst it feels like I’m trying to pass glass when I pee.’

Alison, a former PR consultant, was first given three-day courses of low-grade antibiotics, but over the years this has increased to courses of high-strength pills that last up to two weeks.

‘Since the first lockdown things have got particularly bad. I started getting several infections every month. Now I can’t come off my antibiotics for longer than 36 hours before the infection returns.’

‘The antibiotics make me tired and out of breath, so activities like going on walks are too challenging. I don’t go on holiday any more because I don’t know when the infection is going to come back.’

Alison says that she would instantly get an E. Coli vaccine if offered one.

‘A urinary tract infection vaccine would be life-changing for me,’ she adds. ‘All I want is to be able to live a normal life again.’

DR ELLIE CANNON: How do I tell my doctor I want to die?