Everton: Dominic Calvert-Lewin’s Agent Denies He Has Agreed To Join Another Premier League Side

The England international has been linked with a move away from Goodison Park this summer with Arsenal and West Ham said to be interested.

The Toffees are reportedly prepared to let Calvert-Lewis leave as they look to cash in. 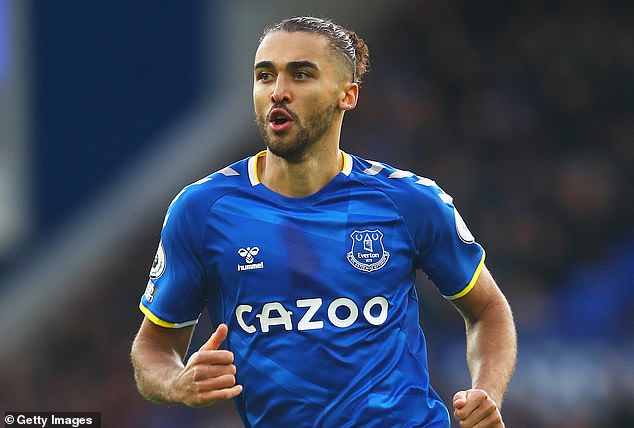 Earlier this week, speculation circled that the 25-year-old had already agreed a deal with another top-flight side, with Arsenal touted to be looking to set up a deal ahead of next season.

But his agent dispelled those rumours, insisting that his client is focused on Everton and their battle to stay in the Premier League.

‘Dominic has not agreed any deal, with any club,’ the forward’s agent said, via Metro.

‘He is currently working very hard in training and is fully focused on finishing the season strong with Everton.’ 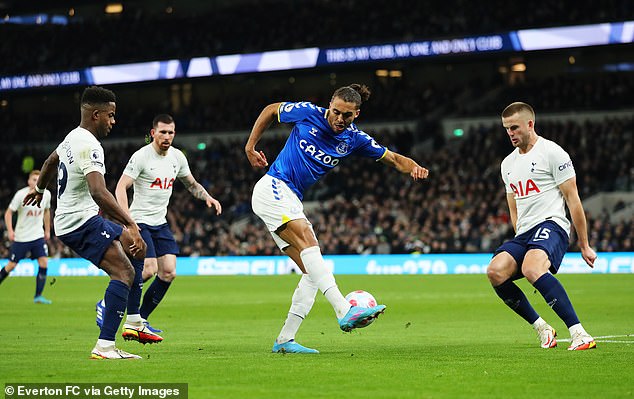 Calvert-Lewin started the season by scoring in each of his first three league games but he then had a lengthy period out with a fractured toe and hasn’t scored since his return.

Everton’s season has quickly collapsed as they sit just three points above the relegation zone and, despite having two games in hand over Watford, their position is still precarious.

According to recent reports, the Toffees could be willing to accept less than their original £60million asking price.

Arsenal are eager to bolster their attacking options, especially with Eddie Nketiah out of contract at the end of June. 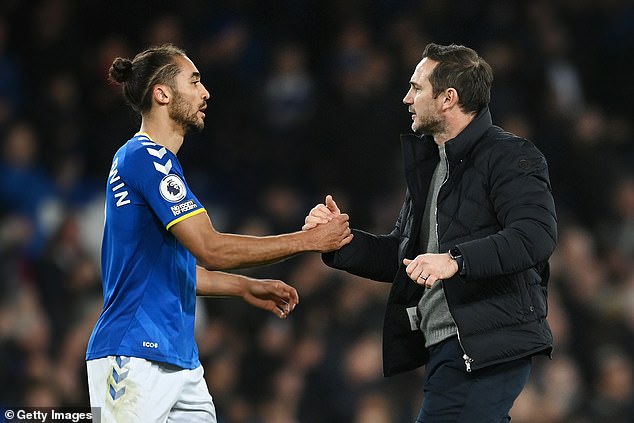 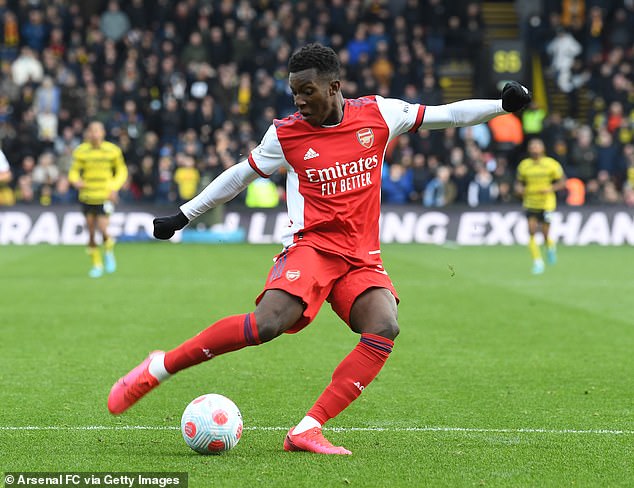 Arsenal are eager to bolster their attack, with Eddie Nketiah out of contract at the end of June

Alexandre Lacazette is also nearing the end of his current deal, although he could be offered a one-year extension.

The Gunners didn’t sign a replacement for Pierre-Emerick Aubameyang when he joined Barcelona on a free transfer in January.

Meanwhile, West Ham were keen to sign Calvert-Lewin in January but could not afford to pay the £60m Everton were holding out for.

However, they could resurrect their interest if Everton’s valuation is lowered.

Calvert-Lewin scored 16 league goals last season and 13 in the previous campaign. His contract at Everton runs until the summer of 2025 but he could be allowed to depart as manager Frank Lampard looks to overhaul his squad.