Doctors warn you can get ADDICTED to running

By Victoria Allen Science Editor For The Daily Mail

Joggers who pound the streets to run away from their problems could be at risk from exercise addiction.

Around one in four casual runners show signs of being addicted – giving up time with loved ones to go running instead, and feeling withdrawal symptoms when they cannot run.

Now a study shows the type of people who may be most at risk. 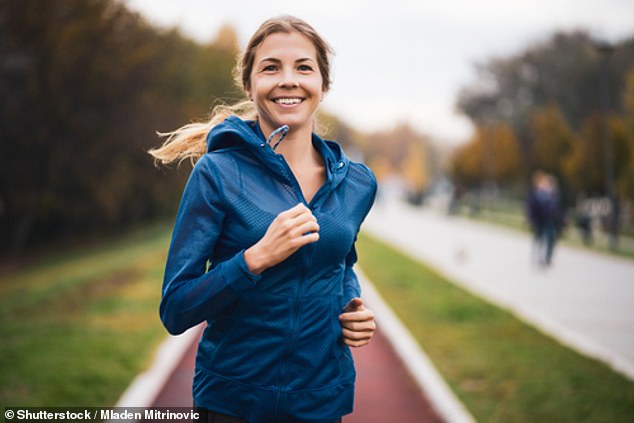 Around one in four casual runners show signs of being addicted – giving up time with loved ones to go running instead, and feeling withdrawal symptoms when they cannot run

The research, involving 227 recreational runners, found the strongest link with exercise addiction for those who used running to block out negative thoughts.

People who used running to improve their lives were less likely to become addicted.

Both these types of people saw running as escapism, but researchers stress that attitude is important.

Dr Frode Stenseng, who led the study from the Norwegian University of Science and Technology, said: ‘People who can’t help but use running to run away from their problems will find it is bad for them.

‘They will be less in control of their running if they use it as a coping strategy, so may become addicted and even feel ashamed and depressed after going for a run.’

The study, published in the journal Frontiers in Psychology, surveyed runners on their wellbeing, symptoms of exercise addiction and escapist attitude towards jogging.

The participants, who ran for two to 15 hours a week, were found to have worse life satisfaction if they ran to escape their problems.

The questionnaire given to participants judged their attitude towards running based on how strongly they agreed with 11 statements about how they felt when they ran.

Those who agreed more with statements like ‘I want to escape from myself’ and ‘I shut out the difficult things I don’t want to think about’ used running as negative escapism.

Those who used running for positive escapism agreed more with sentences like ‘I am filled with positive energy that transfers to other parts of my life’.

Both attitudes were linked to exercise addiction to some degree, but people who used running as a negative escape showed stronger signs of an unhealthy obsession with running.

This was judged based on agreement with statements such as ‘I am unable to reduce how long I exercise’ and ‘I would rather exercise than spend time with family or friends’.

Dr Stenseng said: ‘These findings may enlighten people in understanding their own motivation when they go running.’

HOW MUCH EXERCISE YOU NEED

To stay healthy, adults aged 19 to 64 should try to be active daily and should do:

A good rule is that 1 minute of vigorous activity provides the same health benefits as 2 minutes of moderate activity.

One way to do your recommended 150 minutes of weekly physical activity is to do 30 minutes on 5 days every week.

All adults should also break up long periods of sitting with light activity.